Forgetting someone’s name whom you just met or where you put your car keys is a normal part of getting older. But for the more than five million Americans living with Alzheimer’s disease, their memory loss is much more serious. This type of dementia has been linked to a number of additional health concerns, including hearing loss.

What Is Alzheimer’s Disease? 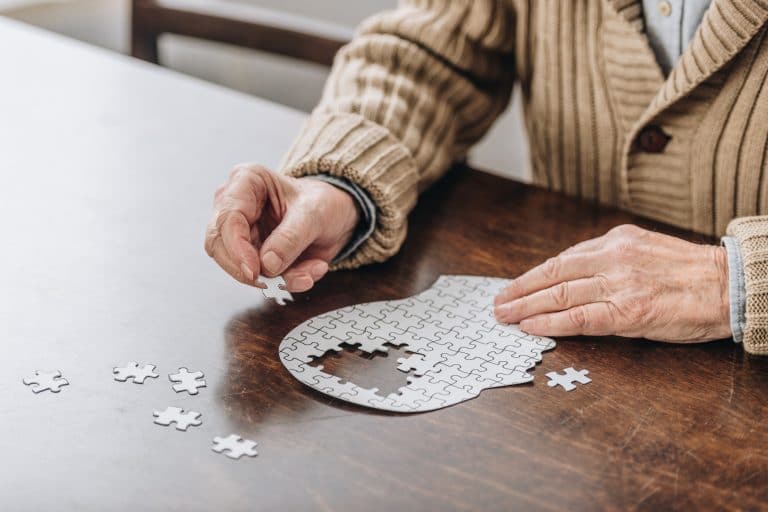 Alzheimer’s disease is the most common type of dementia, accounting for 60-80% of all cases. Early symptoms include difficulty remembering newly learned information. As the condition advances and moves through the brain, symptoms become more severe. They include:

Link Between Alzheimer’s and Hearing Loss

The team of researchers from Newcastle University looked at a new connection between these two conditions. Experts suspect that hearing loss and Alzheimer’s are linked through three possible ways:

The researchers’ new hypothesis involves the memory center in the brain’s temporal lobe.

The memory center of the brain is responsible for long-term memory of places and events, as well as short-term storage and manipulation of auditory information. Dr. Will Sedley from Newcastle University’s Faculty of Medical Sciences explains, “This memory system engaged in difficult listening is the most common site for the onset of Alzheimer’s disease. We propose that altered activity in the memory system caused by hearing loss and the Alzheimer’s disease process trigger each other.”

Understanding the connection can help advance Alzheimer’s research and may even lead to knowledge that can prevent the disease from occurring. To learn more about the role hearing loss plays in cognitive decline or to schedule an appointment with an audiologist, contact Torrance Audiology today.